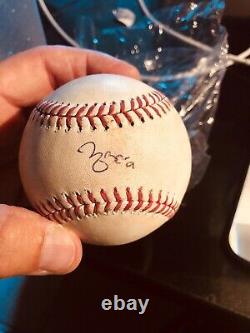 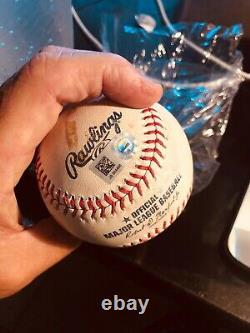 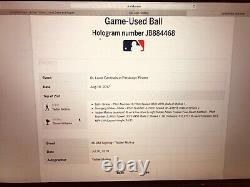 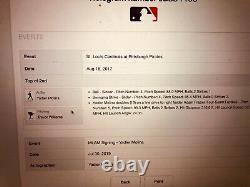 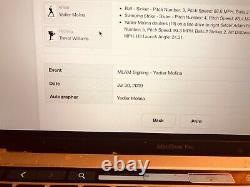 GREAT YEAR FOR CARDINALS, SECOND TO KNOWN SEALING A DEAL THAT HE REMAIN A CAREER CARDINAL. Season, and the final guaranteed year on Molina's contract, the Cardinals began to negotiate an extension to keep Molina in St.

Louis for the remainder of his career. The extension assured Molina of remaining in St. Louis through 2020, and increases the chances that he will finish his career having played for just one organization, the one that drafted him. This distinction of having Molina retire as a Cardinal is something that carried weight for both parties throughout the negotiations.

On June 26, Molina became the ninth catcher all-time to record 11,000 career putouts. For the eighth time in his career, he was an All-Star. Selection, as resulted in a vote by fellow players. He homered, making him the oldest catcher to hit a homer in an All-Star Game, in his age-34 season, and the first Cardinal to homer in an All-Star Game since Reggie Smith. On August 9 against the Kansas City Royals, Molina came in with two outs and the bases loaded.

After drawing a 1-0 count against Peter Moylan, a brief delay occurred when a stray kitten had made its way onto the outfield. On the very next pitch to Molina, he hit it 387 feet into the left field seats for a go-ahead grand slam. This was the fifth grand slam of his career, tying him with Tim McCarver for second-most career grand slams by a Cardinals catcher. This also proved to be the deciding hit in this game, as the Cardinals held up to win, 8-5. On September 19, Molina tied Jim Bottomley. Molina led the team in 2017 with 134 hits and 78 RBI, and all NL catchers in both categories, entering play on that date. He broke the tie with Bottomley on September 20, with his 1,728th hit, and tied his own career-high RBI total for a season with 80, reached in 2013.

He passed 80 on September 21, with his 81st and 82nd RBI. He was the 2017 recipient of the Missouri Athletic Club. S Sports Personality of the Year Award. ALSO WON A SILVER MEDAL IN THE 2017 WBC FOR TEAM.

TRIED FOR RED WHITE BLUE ABOVE..... Born July 13, 1982, nicknamed " Yadi ", is a Puerto Rican. He has played his entire 16-year major league career with the Cardinals since his debut on June 3, 2004, and also for the Puerto Rican national team. In four World Baseball Classic.

Widely considered one of the greatest defensive catchers of all time, Molina is the recipient of a number of accolades, including nine Rawlings Gold Gloves. And six Fielding Bible Awards. Champion, he is a paramount figure in nine Cardinals playoff. Appearances and four National League (NL) pennants.

As a hitter, he has accrued more than 1,900 hits. And 800 runs batted in. (RBI) during his career, while batting. Other distinctions include selection to nine MLB All-Star Games.

To the 2018 MLB Japan All-Star Series. Four fan-based Platinum Glove Awards. And one Silver Slugger Award. He is also a two-time selection to the All-WBC Tournament Team.

His father was an amateur second baseman. And the all-time hits leader in Puerto Rican baseball.

And his two older brothers, Bengie. Also developed into standout defensive catchers with lengthy MLB careers. The Cardinals' fourth round selection in the 2000 MLB draft. He quickly showed one of the strongest and most accurate arms in the game after starting play in the major leagues.

Having earned a reputation as a team leader throughout his career, Molina formulates fielder positioning plans and complete pitching strategies to opposing hitters. Initially considered a light hitter, Molina significantly improved his offense and raised his career batting average from. He has appeared on five NL Most Valuable Player Award. (MVP) ballots, including finishing fourth in 2012 and third in 2013.

The only catcher in Cardinals history to appear in at least five postseasons, in 2006 he became just the third catcher to play in two World Series before age 25, following Johnny Bench. The major leagues' all-time leader in games caught with one team, Molina is under contract through 2020. He is considered to be a strong future candidate for the Hall of Fame. June 3, 2004, for the St.