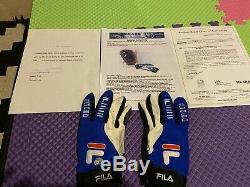 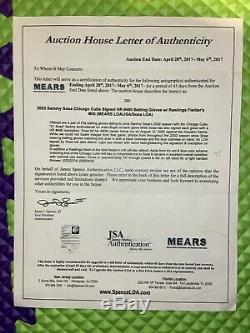 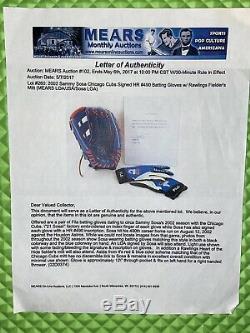 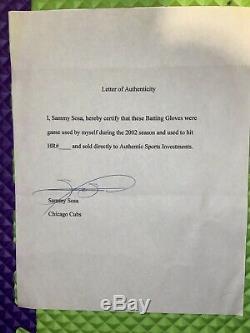 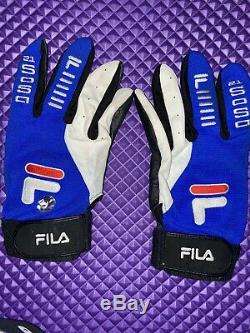 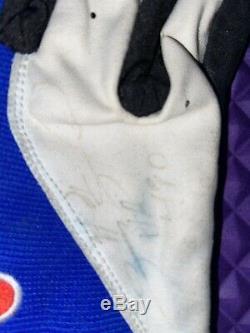 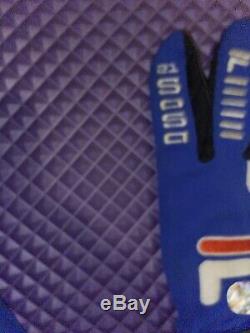 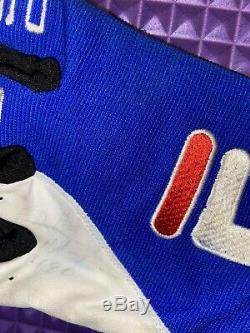 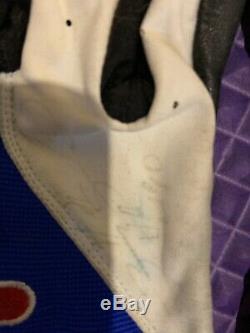 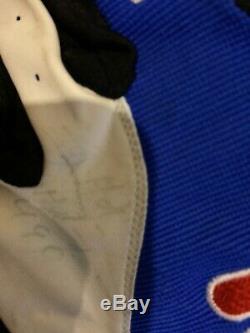 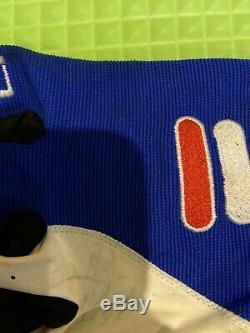 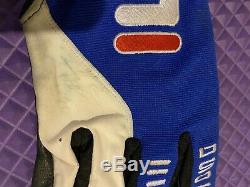 Comes with all documents shown. There are two other letters of Authenticity, one from Mears who deals in Game used items. The other seems to be a letter from JSA to Mears as they possibly authenticated it for Mears, although there is no JSA documentation other than this letter. There is a Sammy Sosa Marked hologram on one of the gloves.

The Autographs are faded, but have been since Ive owned them. The Mitt shown on the Mears Letter of Authenticity DID NOT come with this when I bought it.

This is for the two batting gloves and the three Letters of Authenticity. The gloves are Sammy Sosa specific gloves which only he used as you can see the Sosa stitched on them. There are three signatures from Sammy total, one on the Letter which he issued, and he signed each batting glove. He inscribed 490 on each glove. They ARE faint and bleeding, that is described on the Letter from Mears.

I have no idea where the Mitt is or who owns it or what happened to it, I wish I did, I dont. Ive had them in a display case during my ownership. The ink on the Letter from Sammy IS live ink. As far as I have researched these are legit in Sammys drive for 500 home runs. I dont want to get rid of them but hope they go to a great cubs fan. All sales are final as Ive described these the best I could. The item "Sammy Sosa Signed Game Used Batting Gloves Home Run Number 490 Cubs History COA" is in sale since Sunday, June 28, 2020.

This item is in the category "Sports Mem, Cards & Fan Shop\Game Used Memorabilia\Baseball-MLB\Batting Gloves". The seller is "healam-67" and is located in Joliet, Illinois. This item can be shipped to United States.