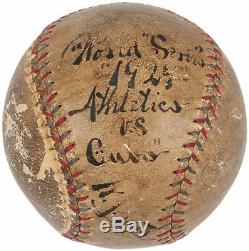 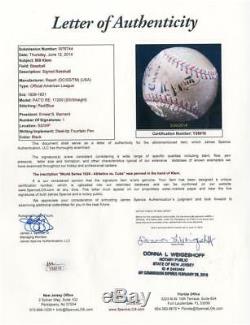 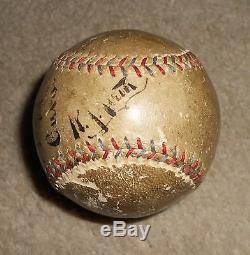 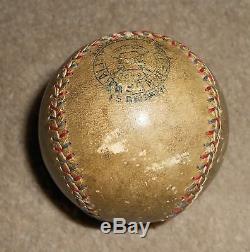 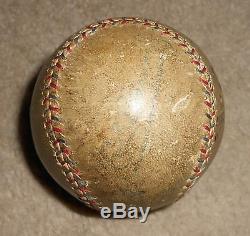 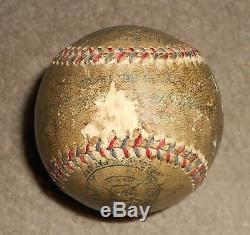 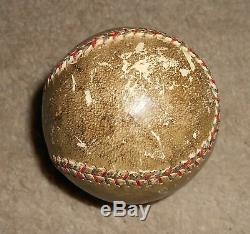 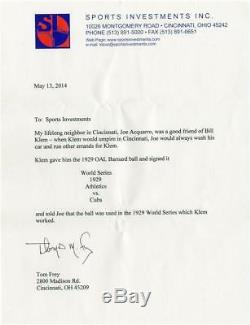 He was known as the "Father of Baseball Umpires, " and called National League ballgames for 37 seasons. Ironically, he signed this official American League baseball during the 1929 World Series, the 14th of his 18 Fall Classics no other.

Ump has ever worked more than 10. The ball exhibits heavy use from game action at Shibe Park as the A's defeated the Cubs in five games in that Series. The historic ball was obtained from Klem after the World Series by a close friend of his. It is labeled in thick, black fountain ink, all in Klem's hand: World Series 1929 Athletics vs. The signature and writing rate 7/10.

Also comes with letter of provenance from the friend of Klem. A native of Rochester, New York, Klem worked the first All-Star Game in 1938 and is the all-time leader with 251 ejections. A once in a lifetime opportunity to own a Klem single signed baseball. Feel free to make offers on multiple items.