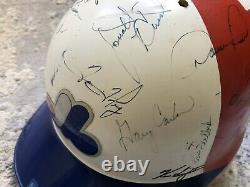 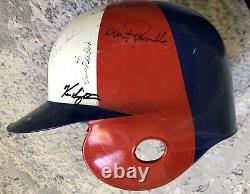 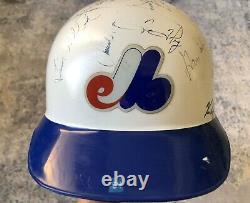 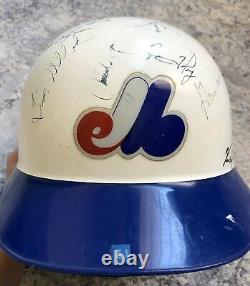 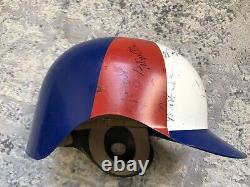 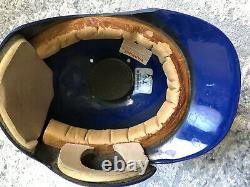 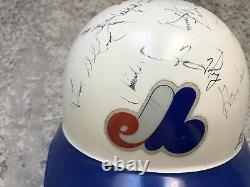 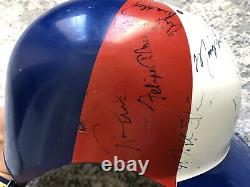 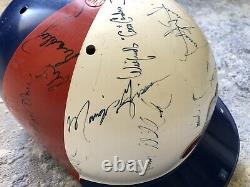 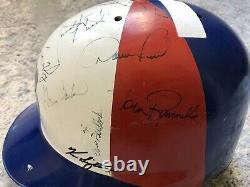 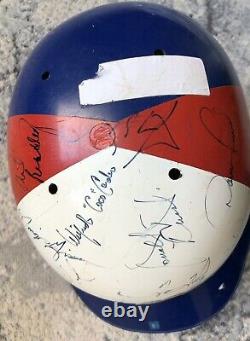 You won't come across many items like this. This is a game-used batting helmet, which based on the labels affixed to the helmet, looks to have been used by former Montreal Expos relief pitcher, Mel Rojas (#51). There are many signatures on the helmet, the combination of which leads me to believe that the helmet was signed by players on the 1992 roster.

A very helpful fellow ebayer brought to my attention that the two flags on the rear of the helmet would indicate it would have been used during the 1991 season when, in honor of Operation Desert Storm, the MLB players wore U. And Canada flag decals on the rear of their helmets. Andy Van Slyke notoriously removed the Canada decal from his helmet that season when his team played against the Expos in Montreal.

Among the signatures on the helmet are those of hall of fame player, Gary Carter, Felipe Alou (coach) and Marquis Grissom. I can't quite make out the signature to the left of the M, but it looks like it might be that of hall of fame player, Larry Walker. While I have no reason to doubt the authenticity of this piece or the signatures on it, please note that this piece has not been professionally authenticated. This item is in the category "Sports Mem, Cards & Fan Shop\Game Used Memorabilia\Baseball-MLB\Other MLB Game Used Mem". The seller is "andyteaks" and is located in this country: US.

This item can be shipped worldwide.