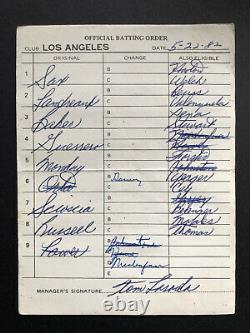 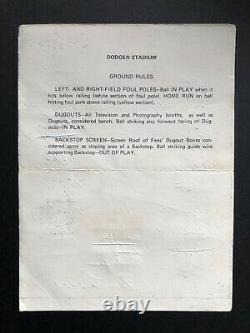 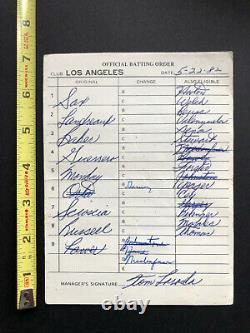 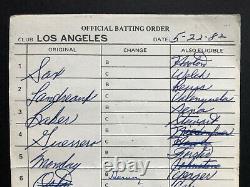 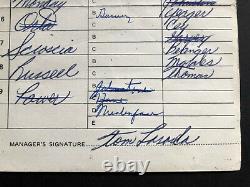 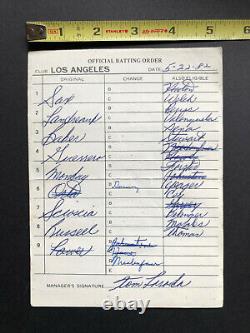 This is an authentic, game-used, Official Batting Order lineup card from a game between the Los Angeles Dodgers and the St. Louis Cardinals that was played on May 22, 1982 and won by the Dodgers 3-2. This card was filled out and signed in blue ball point pen by legendary Dodger manager Tommy Lasorda. The Dodgers were the defending MLB World Series champions from the 1981 season and a similar powerhouse team led the NL West during the second half of the 1982 season until a late collapse left L. There are many familiar stars listed on this card like Fernando Valenzuela, Steve Garvey, Pedro Guerrero, Rick Monday, Dave Stewart and Bob Welch.

This team was also notable for producing several future MLB managers, including Dusty Baker, Mike Scioscia and Bill Russell. It measures 7" x 5 1/4" as shown. This item is in original game-used condition and as such, contains some creasing and wear consistent with having been handled in-game.

The seller is "oliverpugg" and is located in Los Angeles, California. This item can be shipped to United States.