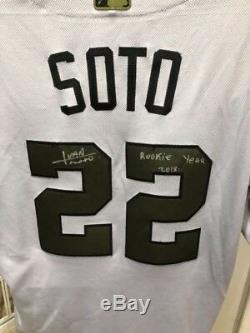 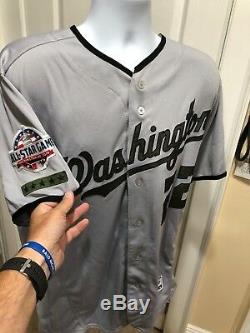 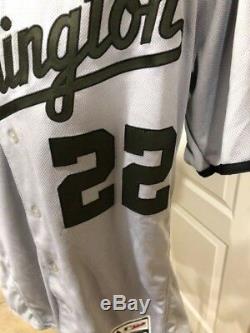 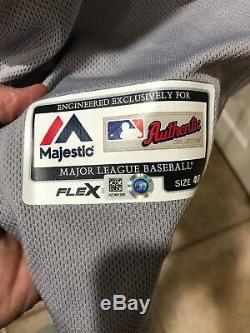 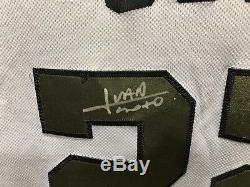 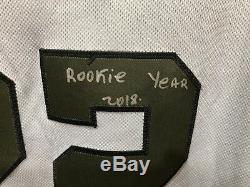 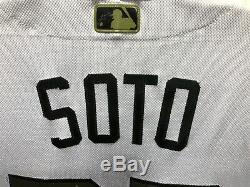 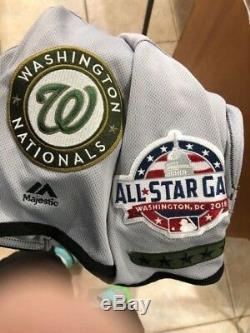 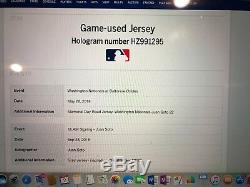 MOST MULTI HR GAMES BY A TEEN. HIGHEST OPS IN MLB HISTORY BY A TEENAGER.

ROOKIE OF THE MONTH 3 OUT OF THE LAST 4 MONTHS OF YEAR. Soto made his major-league debut on May 20, 2018. Becoming the youngest player in the major leagues at 19 years 207 days. And the first player born in 1998 to appear in a major-league game.

He came on as a pinch-hitter in the eighth inning of a game against the Los Angeles Dodgers. And struck out swinging against right-handed relief pitcher Erik Goeddel. He made his first major league start the next day, playing left field in a game against the San Diego Padres.

And on the first pitch of his first plate appearance. Of the game he got his first major-league hit, a 422-foot (128.6-meter) opposite-field three-run homer off of Robbie Erlin. After rounding the bases and returning to the dugout, Soto stepped back out for a curtain call from the crowd. He became the youngest player in franchise history to hit a home run.

And the first teenager to homer in a major-league game since Nationals outfielder Bryce Harper. Did it at the age of 19 in 2012. "He's a special player, " Harper said of Soto after the game. Soto became the youngest major league player since Ken Griffey Jr. To be intentionally walked in a game when Baltimore Orioles. Elected to put him on base automatically rather than give him an opportunity to drive in a run on May 29. In June 2018, shortly after being called up to the major leagues, Soto was listed by Baseball America. As the Nationals' top prospect, overtaking fellow outfielder Víctor Robles. And the fourth-best overall prospect in baseball. Soto contributed to a notable oddity when he hit a home run against the New York Yankees. The contest had actually began on May 15, 2018, but was suspended until June 18 due to inclement weather with a score tied at 3-all. Since stoppage occurred in the fifth inning, a team would have been awarded the win if they were ahead, which implied that he had technically hit a home run before his MLB debut. However, to prevent confusion, it was added in sequence to his already-accrued home run total, as his sixth home run.

He had hit three home runs in his first five plate appearances against the Yankees. On June 21, he started as the cleanup hitter for the first time in the major leagues, in a contest versus the Baltimore Orioles. He doubled home the winning run in a 42 victory. Soto's first multi-home run game came on June 13, 2018, against the New York Yankees, and he repeated the feat on June 29, 2018, at Citizens Bank Park. Tallying two home runs, four hits, and five RBIs as the Nationals defeated the Phillies 17-7.

Soto had another multi-home run game against the Phillies on September 11, 2018, going 3-for-4 with four RBIs in the second game of a doubleheader. The item "JUAN SOTO GAME USED JERSEY SIGNED INSCRIBED ROOKIE YR 2018 MLB HOLO 1/1 RARIST" is in sale since Tuesday, October 2, 2018.

This item is in the category "Sports Mem, Cards & Fan Shop\Game Used Memorabilia\Baseball-MLB\Jerseys". The seller is "sportsphilanthropist" and is located in Harrison, New Jersey.