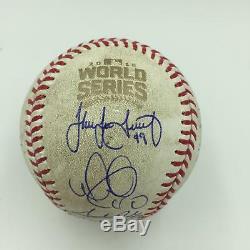 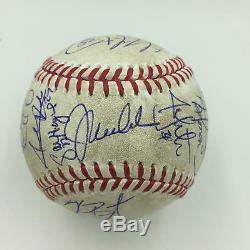 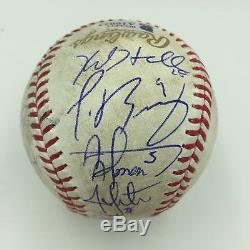 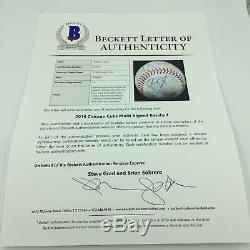 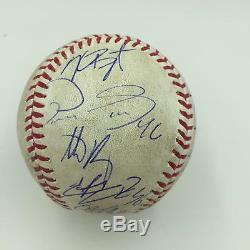 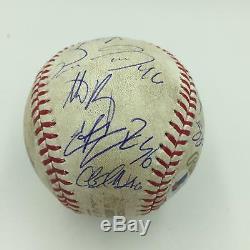 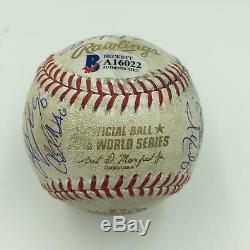 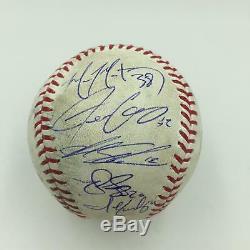 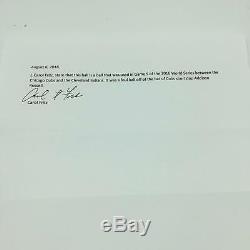 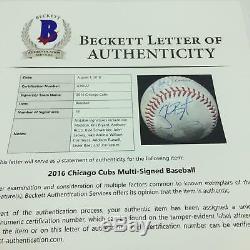 Incredible 2016 Chicago Cubs Team Signed Game Used World Series Champs Beckett. The only known 2016 Chicago Cubs World Series Champions Team Signed actual game used World Series Baseball. This was an actual foul ball hit by Addison Russell in Game 5 of the World Series. It was caught by a fan. She is friends with the Ricketts family and after the game she had the whole team signed it. There are 19 signatures with: Kris Bryant, Joe Maddon, Anthony Rizzo, Kyle Schwarber, John Lackey, Jake Arrieta, Willson Contreras, Addison Russell, Javier Baez, John Lester, Jason Heyward, Kyle Hendricks, Albert Almora, Mike Montgomery and others. Comes with full letter COA from Beckett and a Letter Of Provenance from the fan who caught the ball and obtained the signatures.

We specialize in sports autographs and memorabilia. We have one of the largest selections of baseball autographs in the country. The item "Incredible 2016 Chicago Cubs Team Signed Game Used World Series Champs Beckett" is in sale since Wednesday, August 22, 2018. This item is in the category "Sports Mem, Cards & Fan Shop\Autographs-Original\Baseball-MLB\Balls".