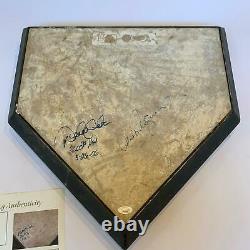 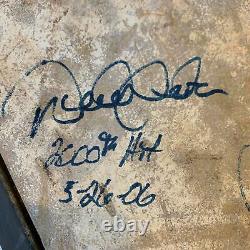 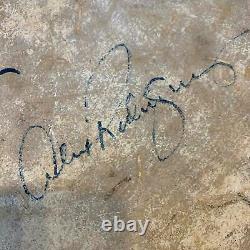 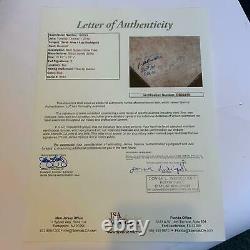 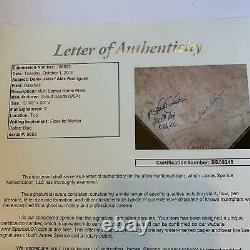 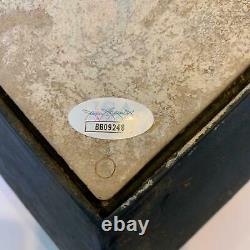 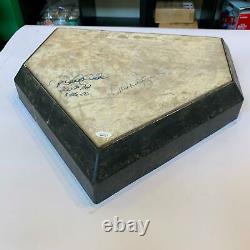 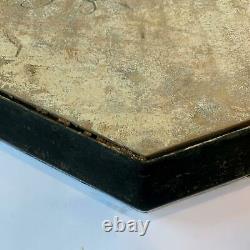 Historic Derek Jeter Signed 2,000th Career Hit Game Used Yankees Home Plate JSA. This home plate was used in the New York Yankees versus Kansas City Royals game at Yankee Stadium on May 26, 2006. In that game, Jeter hit his 2,000th career hit in the fourth inning when he beat out a roller in front of home plate and advanced to second on an error when Royals' catcher Paul Bako threw the ball away.

After twice tipping his cap to the crowd, Jeter showed he was still very much in game mode when he surprised the Royals by stealing third base on the next pitch. Then Jeter scored the Yankees' first run on a single by A-Rod.

Comes with full letter COA from JSA. We specialize in sports autographs and memorabilia.

We have one of the largest selections of baseball autographs in the country. This item is in the category "Sports Mem, Cards & Fan Shop\Game Used Memorabilia\Baseball-MLB\Other MLB Game Used Mem". The seller is "showpiecessports" and is located in this country: US.

This item can be shipped to United States, Canada.