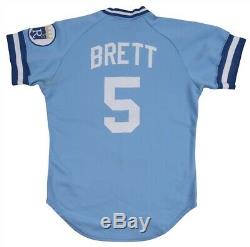 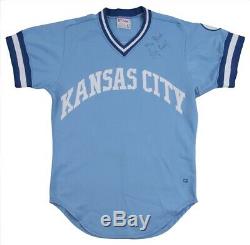 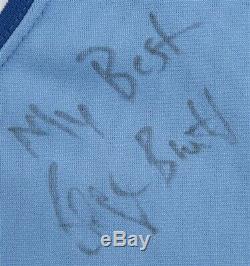 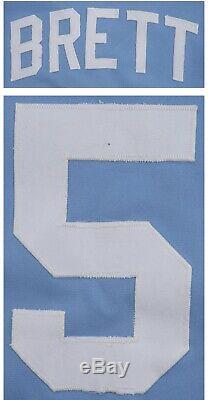 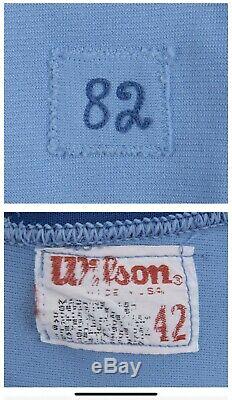 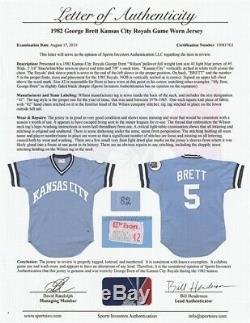 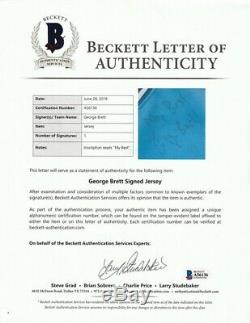 Offered is a excellent George Brett Kansas City Royals Game Used Jersey worn during the 1982 season. This jersey comes fully authenticated with a LOA from Sports Investors Authentication (190817G1). In addition, there is a LOA from Steve Grad of Beckett Authentication for the signature. This is a wonderful prime-of-his-career jersey from one of baseballs best overall players that displays moderate game use with distinct visual appeal. The 1982 season saw Brett post his customary solid numbers, including a.

301 batting average, 21 home runs and 82 RBI in 144 games played. Manufactured by Wilson, this size 42 jersey features KANSAS CITY sewn on across the chest in white block letter tackle twill. There are several indicators on this jersey that show this was made and worn by Brett during the 1982 season, including the 82 patch sewn on the bottom front left tail.

The Wilson size 42 tag is sewn on the inside back collar. With Bretts listed size of 6, 200 pounds, this size would be well in range. This was the last season the Royals used pullover style jerseys as they switched to button-down fronts in 1983. The back of the jersey has BRETT sewn on in white tackle twill, which differs from the 1981 and 1982 jerseys where he had G.

BRETT on the back with his older brother Ken Brett on the roster. Bretts number 5 is sewn on the back of this jersey in period-correct font white tackle twill.

The V-neck collar has blue/white/blue striping patterns with Raglan sleeves that have blue/white/blue sleeve-ends. The left sleeve has the Kansas City Royals logo circle patch sewn on. Brett has signed his name in black marker above the CITY on the upper left chest portion of the jersey and inscribed My Best.

The item "George Brett Kansas City Royals Game Used Worn Jersey 1982 LOA Signed" is in sale since Sunday, April 5, 2020. This item is in the category "Sports Mem, Cards & Fan Shop\Game Used Memorabilia\Baseball-MLB\Jerseys". The seller is "gameusedgamers" and is located in Cincinnati, Ohio. This item can be shipped to United States.