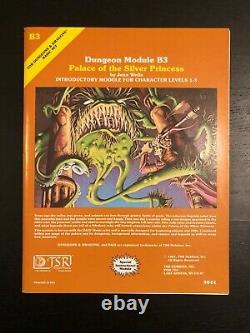 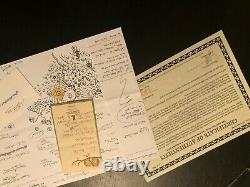 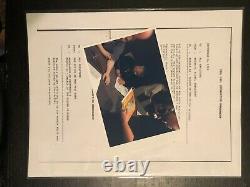 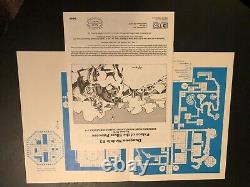 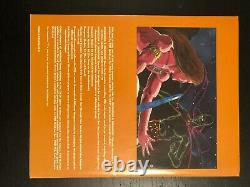 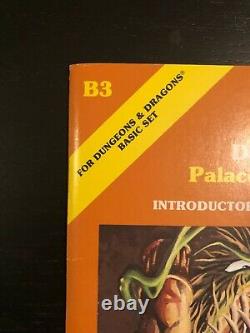 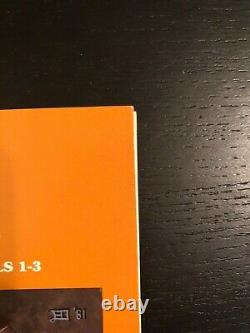 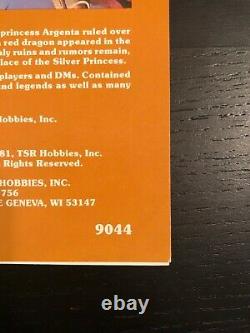 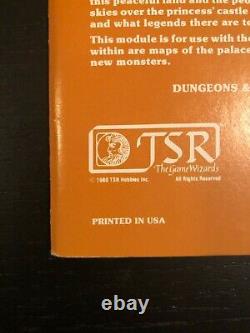 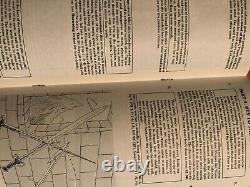 Hold on to your hats, collectors.... The extremely rare Orange B3 - Palace of the Silver Princess (Signed by Erol Otus). Jean Wells (Original Creator of the Orange B3) Copy of her Last Planned Adventure and was to be the sequel to her Orange B3 (see below for details).

Also included is the autograph from Jean (see images). This expansion to the Orange B3 adventure and Autograph from Jean was originally from Jeff Leasons Personal Collection and includes a Certificate of Authenticity from Paul Stromberg / The Collectors Trove validating all this.

Also includes a small note hand-written by Jeff Leason, about the history of the expansion adventure (also validated by The Collectors Trove). Copy of the interoffice memorandum from Kevin Blum (President of TSR at the time) explaining to TSR employees why they recalled the Orange B3 back in 1984.

Orange B3 Signiture: This adventuer is signed by Erol Otus (artist that put in the controversial art that caused it to never hit store shelves). His signature is on his pieces of art that caused the controversy. Erol has said he has signed less than 10 of these Orange B3s. If you're reading this you probably know that this is the holy grail of Dungeons and Dragons modules...

The infamous Original version of the B3 Palace of the Silver Princess with the orange cover that was quickly recalled due to some of the artwork that Erol Otus did, making it one of the rarest and most obscure D&D modules in existence. Rumors of a single box of 72 making it into circulation.

It was published in 1981 and is the first module written by a woman at TSR (Jean Wells). Note that the later, green-cover printings have Tom Moldvay as co-author. The First printing (orange cover) of this module was apparently rushed to the printer because of a deadline. However, as Evan Robinson, a TSR editor at the time, notes: We expressed concern about the content and writing in the module (internally referred to as'Phallus of the Silver Princess') while Jean was creating it.

After Jean complained to Gary about our interfering with her creative process, Gary ordered us to do absolutely minimal editing and development, limiting our work to correcting spelling and grammar mistakes. As the story goes, when the finished product arrived at TSR, Gary Gygax became incensed at what he regarded as several editorial decisions that were made in poor taste. The copies that had been distributed to TSR employees earlier that day were ordered destroyed, and the inventory currently in the warehouse followed suit -- with the exception of one box of 72 copies, lifted surreptitiously from the trash later that evening.

Note: Gary Gygax disputes this claim, instead stating that Kevin Blume was in charge of the creative departments at the time -- and that it was he who "pitched a fit about the product" and ordered the recall. This claim is also reinforced by Frank Mentzer's recollection (see below). The module was re-released several months later with a green cover, some corrections to the dungeon layout, and a thorough re-writing and re-organization of the module text itself. Also, the monsters and treasure in the First print were of the "fill-in-your-own" variety like in B1 In Search of the Unknown. ; the later (green cover) printings have them pre-scripted.

Image is attached to the module of Erol Otus signing the module as proof it was his signature. Jean Wells Sequel to the Palace of the Silver Princess. This is TSR D&D Jean Wells Last Planned Adventure & Autograph. This lot includes an original autographed card by Jean Wells and a development photocopy of her final planned adventure manuscript. Jeff met up with Jean Wells at Gary Con in 2011 where Jeff gave her one of his two shrinkwrapped copies of her module B3 Palace of the Silver Princess.

Apparently, Jean never had a copy of her own module due to its controversial recall. The two got to talking and hit upon the idea that Jean should write a sequel to Palace of the Silver Princess!

Jean had drawn up a map and added various notes and ideas around the margins to flesh out her new adventure. She soon gave this photocopy of the map to Jeff. Unfortunately, Jean's health deteriorated and the two never got to finish this project.

However, you now have the chance to own a piece of this story and get a glimpse of the adventure that could have been! This manuscript is an original working photocopy and has numerous original ink and pencil notes by Jeff Leason on Jean's original design. Also includes a small note hand-written by Jeff about the history of the project. This comes from the personal collection of Jeff Leason! Please ask any questions that you need clarity on.

The item "D&D ORANGE B3 (Signed) + UNPUBLISHED EXPANSION! Palace of the silver princess" is in sale since Friday, June 25, 2021. This item is in the category "Toys & Hobbies\Games\Role Playing Games\Dungeons & Dragons\Adventure Modules". The seller is "wildwoman40" and is located in Cedar Park, Texas. This item can be shipped to United States.