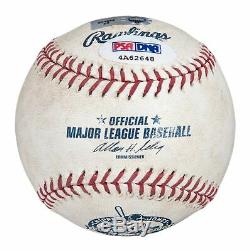 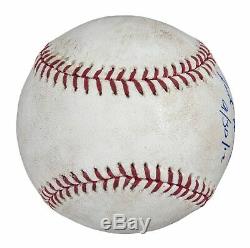 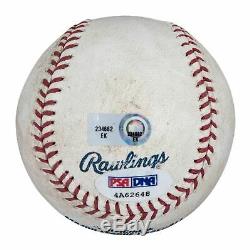 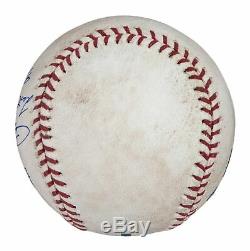 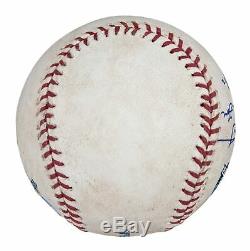 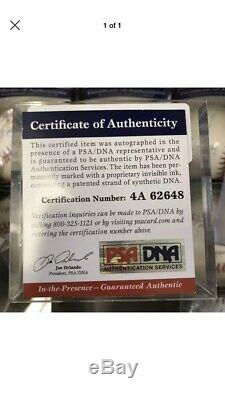 The 2018 Hall of Famer started the game at third base, finishing 1-2 with a run scored and two walks. Jones, an All-Star in 2012, ended his career with 468 home runs, a. 303 batting average, and the 1999 National League MVP Award. The offered baseball was used in the top of the ninth inning, when Braves reliever Cory Gearrin forced Justin Turner to fly out to centerfield.

This Braves victory set a new Major League record, as it was the 23rd consecutive Kris Medlen start to end with a Braves win, breaking Whitey Fords half-century old record. Jones has signed this ball in blue pen on the panel to the south of Seligs stamped signature. He inscribed Last Home Game 9/30/12 beneath his signature. This item comes with a COA from PSA/DNA (4A62648) and a MLB Authenticated hologram (EK 234662). We specialize in sports autographs and memorabilia.