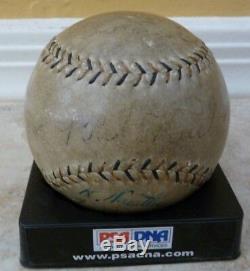 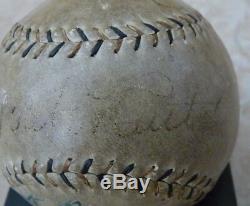 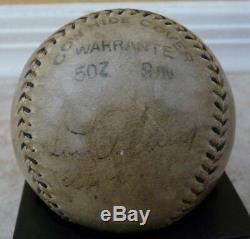 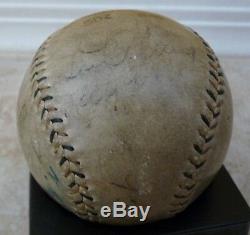 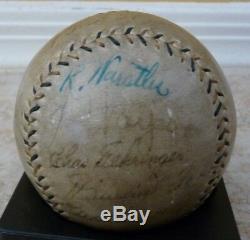 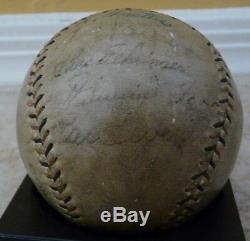 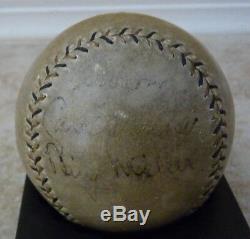 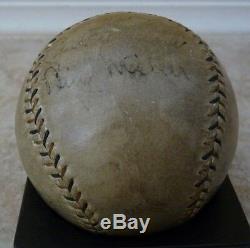 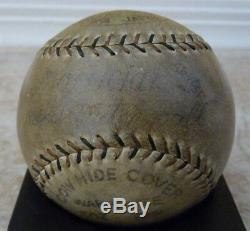 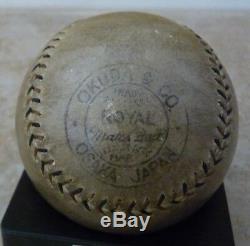 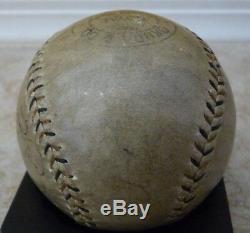 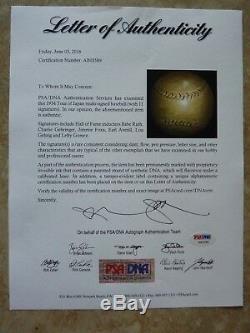 1934 Tour of Japan Team Signed Baseball featuring the authentic signatures of Babe Ruth, Lou Gehrig, Jimmie Foxx, and others on a. Official Japanese Baseball made in Osaka, Japan. There is a potential that this ball was game used as it originates from Osaka, Japan. It was obtained by a soldier guarding the team while on the tour. This ball has been authenticated by PSA/DNA and features the signatures of: Babe Ruth (Sweet Spot), Lou Gehrig, Jimmie Foxx, Moe Berg, Rabbit Warstler, Charlie Gehringer, Frankie Hayes, Earl Averril, Joe Cascarella, Bing Miller, and Lefty Gomez. In 1934, the US sent these "All American" All Stars to Japan to play several games in an attempt to show a peace offering while spreading the sport of Baseball.

There is great history with the "Tour of Japan" as many historians and writers have captured the events and significance that the tour represents. In Robert Fitts' book "Banzai Babe Ruth", he illustrates the deep history that went along with these players coming to Japan to play the game of baseball. Moe Berg's signature appears on this baseball and you will find a great amount of historical significance to his name as he later became a Spy for the US and many believe this may have been his first "assignment" while in Japan taking pictures of their structures.

Connie Mack once said that this tour represented the "Greatest peace measures in the history of nations". As for the ball, Ruth's signature appears on the sweet spot. Gehrig's signature has great appeal as does Foxx's. I've attached several pictures of the baseball with various angles to give the best representation of the signatures.

This ball is over 80 years old and most of the signatures still can be determined which is rare. This ball was housed in the Sports Legends Museum in Baltimore, MD until the museum had closed a few years ago. This ball was just recently sent to PSA for Authentication and will come with the Letter of Authenticity.

The item "Babe Ruth 1934 Tour of Japan Signed Baseball PSA/DNA Gehrig Foxx Game Used" is in sale since Saturday, October 29, 2016. This item is in the category "Sports Mem, Cards & Fan Shop\Autographs-Original\Baseball-MLB\Balls". The seller is "sig21" and is located in Tempe, Arizona. This item can be shipped to United States.