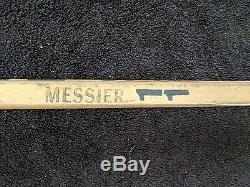 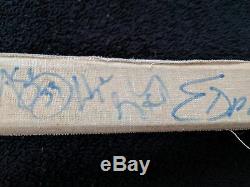 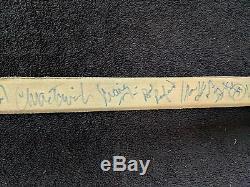 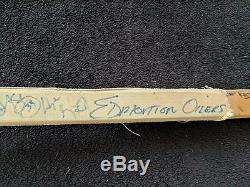 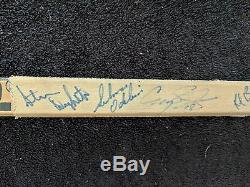 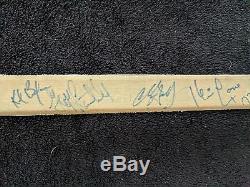 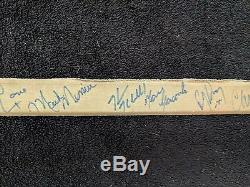 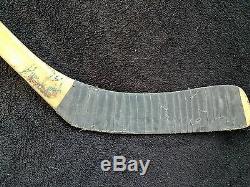 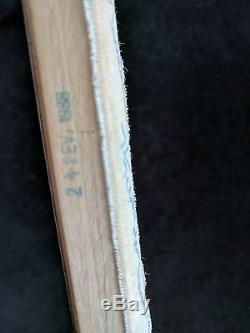 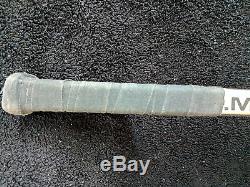 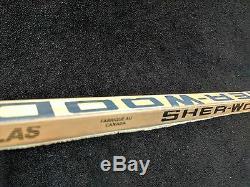 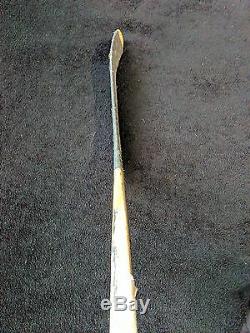 1988 Edmonton Oilers Stanley Cup Team Signed Mark Messier Game Used Stick. An awesome piece of hockey history! You are looking at an authentic game used Mark Messier stick from 1988. After Messier used this stick in NHL action, one of the Oilers' trainers put white hockey tape down one side so the team could sign it.

The date stamp on the back of the shaft reads 24 FEV 1988. This stick was used by Messier in one of the last few games of the regular season. This team went on to win the Stanley Cup that year! Some of hockey's greatest players have signed this stick. Here's a list of the players that signed it.

Steve Smith (Signed on the blade). This is one of Messier's Sher-Wood P. The stick shows good game use. The white tape that is running down the stick is slightly peeling from age. Only peeled on the edge and is still very much stuck on the shaft of the stick.