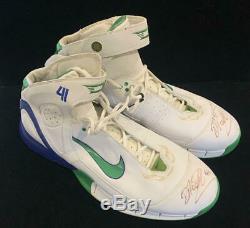 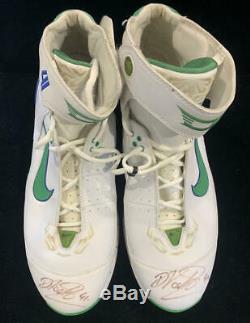 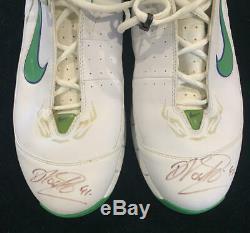 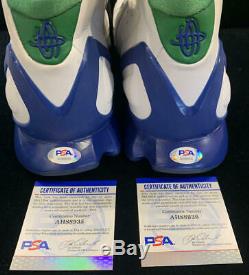 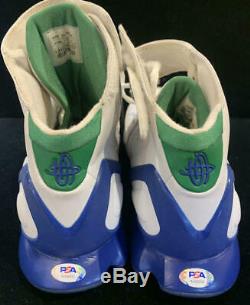 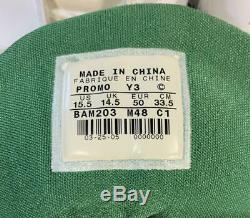 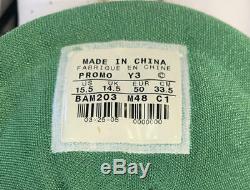 2005 Dirk Nowitzky Game Used Signed Shoe Nike Huarache 2K5 Dallas Mavericks, "41" PSA. As one of the greatest power forwards of all-time, and certainly the greatest European born player the NBA has ever seen, Dirk Nowitzky changed the way the game was played by Big Men. At 7ft tall, Dirk is considered one of the greatest shooters ever, and who can forget his patented one footed fade away! This pair of Nike Huarache 2K5's was worn by the German born MVP (2007) and NBA Champion (2011), and both shoes were signed and inscribed "41". Comes with a Letter of Authenticity from JSA.