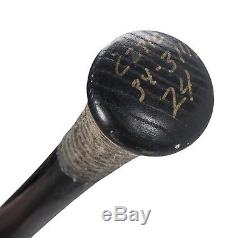 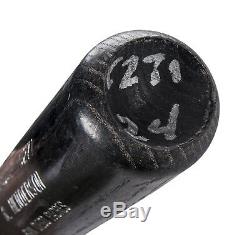 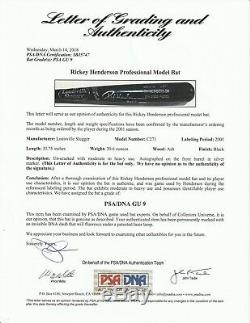 The all-time leading base stealer spent his 2001 season with the San Diego Padres, one of the nine franchises he suited up for. Henderson reached the 3,000-hit mark during his San Diego stint, and this is one of the bats he used to get him there. Hendersons 2001 Louisville Slugger C271 model bat is un-cracked and shows moderate to heavy use. Henderson has signed the barrel in silver pen and added the year 2001. LOA from PSA/DNA, GU 9 for the game use. COA from Steve Grad of Beckett Authentication.