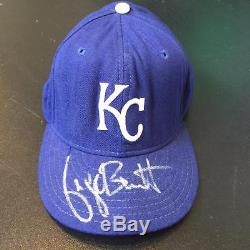 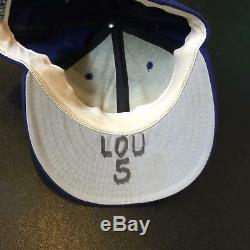 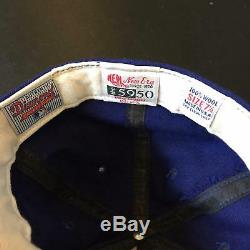 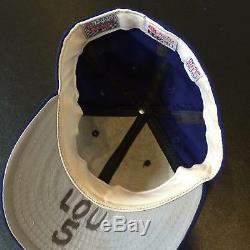 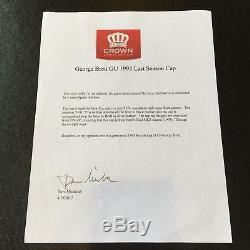 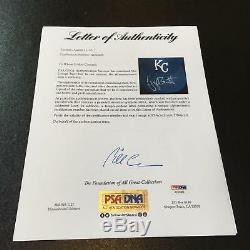 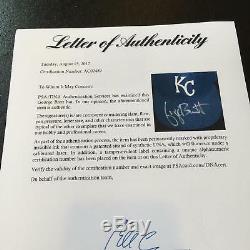 He ran out infield singles, had some pop, and had great discipline at the plate. On top of that he played on the corners and had a great glove. This hat was worn by Brett in the 1993 season his final in the majors.

The hat shows light use and the inner brim bears Brett's number 5 and nickname Lou in black marker as well as his signature in silver on the outer brim. Fantastic game used item from this popular Hall of Famer. Loa from jersey expert Dave Miedema accompanies this.