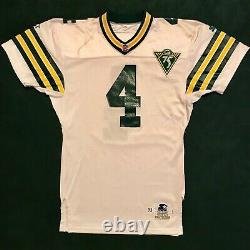 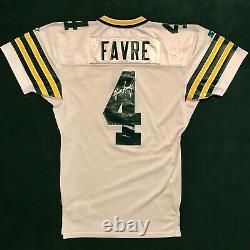 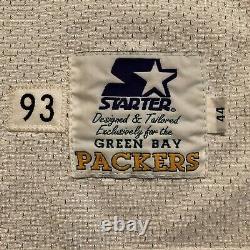 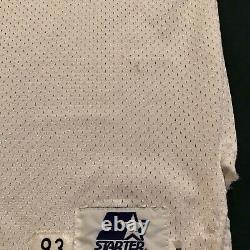 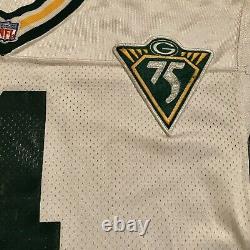 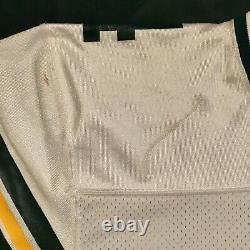 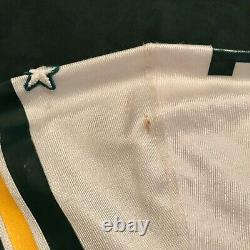 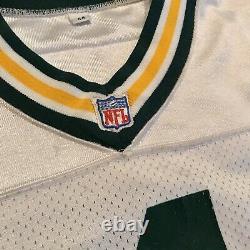 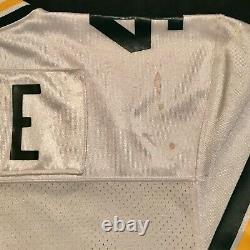 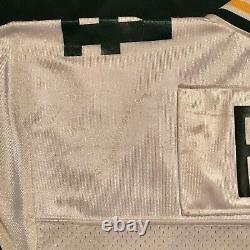 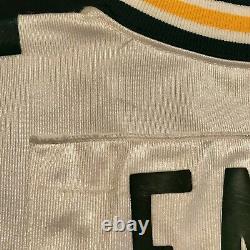 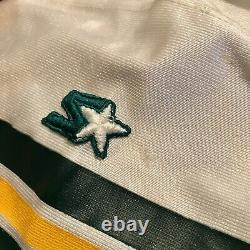 Favre's uniform number (4) is screened to the front, back and sleeves of the jersey and FAVRE is affixed on a nameplate. The franchise 75th Anniversary patch is also sewn to the left shoulder. Inside the seam is the appropriate wash tag.

Brett autographed the jersey in Silver Sharpie on the back number. The jersey shows outstanding heavy use with 2 team repairs, one on the front and one on the back. I would estimate there to be 10-15 hit marks and turf burns throughout the jersey, a very large blood stain on the back shoulder, a large pad burn impression running diagonal through the 75th Anniversary patch likely from a hard hit and an estimated 3 different ink transfer marks in the matching color "red" from the opposing team helmets/uniforms of the Kansas City Chiefs. Favre went 20 for 34 with 218 yards, 1 TD 29th Career TD Pass! Early Favre gamers are extremely rare to find!

The jersey is from Favre's third NFL season and second with the Packers. Don't pass up this chance to own a REAL Brett Favre game-used jersey! This jersey has never been offered for sale to the public.

The jersey was gifted to the original owner over 15 years ago, and is being offered for the first time! The item "1993 Brett Favre Green Bay Packers Game Used Worn Signed Jersey 2 Team Repairs" is in sale since Saturday, October 10, 2020.

This item is in the category "Sports Mem, Cards & Fan Shop\Game Used Memorabilia\Football-NFL\Jerseys". The seller is "satinsi" and is located in Minneapolis, Minnesota. This item can be shipped to United States.